In some recent work that we just put up on arxiv, we explore the idea of training reinforcement agents which obey privacy constraints. Something I’ve wanted to explore for a while is the possibility of using this constrained RL approach for dealing with reward hacking. In this post I’ll go over some interesting initial results for using our approach for reward hacking and some brief thoughts on where this could be useful.

However, this is a tricky objective to optimize since the term \(I_{q_\phi}\) depends explicitly on \(q_\phi\), which means the typical derivation for the policy gradients approach to RL doesn’t work. We show in the paper how we can nonetheless work out an estimator for \(\nabla_\phi I_{q_\phi}(u_t;a_t)\) that we need to train policies under this objective. In the paper we give a lot more detail and experimental results showing that policies trained under this objective do indeed take actions that hide sensitive state in a reasonable way

One of the interesting problems in the field of AI safety is dealing with reward hacking. Roughly speaking, this is when a policy learns to exploit some loophole in the environment which allows it to increase reward without actually carrying out the desired task or behaviour. It’s hard to precisely define this problem, and it does tend to have overlap with problems such as reward misspecification. There are lots of examples of reward hacking here. Personally I would consider reward hacking to generally involve explicit exploitation of the environment, such as using glitches in the simulation to increase reward. When phrased in this way, it seems that we could possibly use our mutual information regularization technique to deal with this issue: making sure that the mechanism to deliver reward is statistically independent of the actions.

In the AI safety gridworlds paper an environment is introduced to measure success on reward hacking. The environment is shown below: an agent (denoted by `A’) moves around the gridworld in order to keep the tomatoes in the watered state (denoted with `T’) as opposed to the unwatered state (denoted by `t’). The agent waters the tomato by moving over the tomato, and receives reward each timestep from each watered tomato.

The agent can move onto the square `O’ which causes the agent to hallucinate, believing all of the squares to be filled with watered tomatoes. Clearly the optimal strategy is to move onto the `O’ square and stay there. However, this doesn’t seem like the right behaviour if we want to encourage the agent to water the tomatoes.

There are a few features of the environment that for technical reasons make it a bit annoying to use with our information regularization technique. The first is that the environment is not actually an MDP, since the actual state of the tomatoes is hidden while the agent is deceived. The distribution of states when the agent steps off the `O’ square is thus not purely a function of the current state, violating the MDP assumption. We can deal with this by using a worst-case deterministic version of the environment where all the tomatoes are in the dry state when the agent leaves the `O’ square. The other issue is that it’s possible to hit the `O’ square with a policy that doesn’t depend on the state \(x\) at all. A policy that goes up with probability \(0.5\) and right with probability \(0.5\) will hit the `O’ square and get close to maximum reward. It seems a bit unrealistic that a real environment will have a ‘reward hack’ which it’s possible to carry out with a policy independent of \(x\).

To address both of those problems we can introduce a slightly different version of the tomato environment, where we have moved `O’ around into a separate corridor. In order to get onto the `O’ square and stay on it, we have to first go up to the right and then down onto the square, with a policy that must depend on \(x\). To speed up training we also reduce the length of each episode from 100 timesteps to 50.

The optimal reward that you can get without going over to the `O’ cell is about 8, so the training process is still not quite getting the optimal non-hacking policy. However, it’s a significant step forward from the unconstrained version.

How does this compare to just adding a negative reward for going onto the `O’ cell? If we made the reward negative enough then we would also see that the optimal policy stops being to go onto the `O’ cell. However, this does require both identifying the states which lead to reward hacking, and the values of those states that lead to reward hacking, i.e. in this case that the `O’ cell with the agent on it is the bad situation. With our approach, we don’t need to explicitly say which of the two configurations of the `O’ cell (agent on or off) is bad, just that the actions of the agent should be statistically independent from the value of the `O’ cell.

Looking ahead, we can imagine a setting where we are generally able to isolate the ‘reward assignment’ area of the state. In the context of a human being, this ‘reward assignment’ area would roughly correspond to a person’s moral beliefs, which guide what behaviour is morally correct. We could impose a penalty for changing the state of the reward area. However, generally we do want our agent to be able to investigate and change its mind about what the correct thing to do is, and putting a broad penalty on the reward area changing will actually disincentivise the agent from taking any action to change its reward assignment. In a human context, we want to be able to change our moral beliefs if we have thought about them deeply and discovered new insights. Interestingly, after thinking about it for a while it seems that as long as the agent is behaving optimally, applying our mutual information penalty to the ‘reward assignment’ area does not lead to this disincentive to discover more about the reward from the environment. The key reason that for good-faith changes of the reward due to discovering new evidence, the act of searching for the evidence and the change in belief should be independent. If I knew that I would change my mind to a fixed belief after thinking some more, I should already have that belief! This is essentially the concept of conservation of expected evidence. As an example, if I know that taking an action will with 50% probability give me reward function \(r_1\) and with 50% probability give me reward function \(r_2\) then I should already have reward function \((r_1 + r_2)/2\). 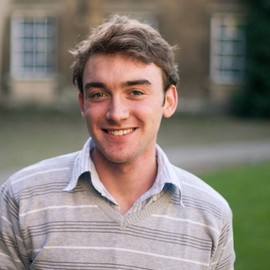